The IHA Opioid Alternative Project is a groundbreaking pilot program that aims to reduce the administration of opioids in hospital Emergency Departments across New York State.

Over the past several years, drug overdose has become the leading cause of accidental death in the United States. It is estimated that nearly 2 million Americans have an opioid use disorder. In fact, opioid painkillers are notoriously known for being the driving force in the rise of substance abuse and lethal overdoses. Both federal and state government, as well as the public, has called for reform. Hospital emergency departments (EDs) and emergency medicine physicians are at the forefront of this reform.

That is why IHA developed the Opioid Alternative Project, a groundbreaking pilot program aimed at reducing the administration of opioids in New York State EDs. Modeled after a similar initiative in Colorado, the IHA Opioid Alternative Project takes a unique approach to pain management by administering alternatives to opioids (ALTOs) for certain conditions. Those conditions include:

The IHA Opioid Alternative Project is designed in a train-the-trainer style so that it can be implemented in new EDs by each facilities’ project champions after they have received training from Iroquois Healthcare Association experts. IHA has developed training materials, guidelines and in-person training sessions to help each ED implement the Opioid Alternative Project successfully. Below, please find these materials for your reference. 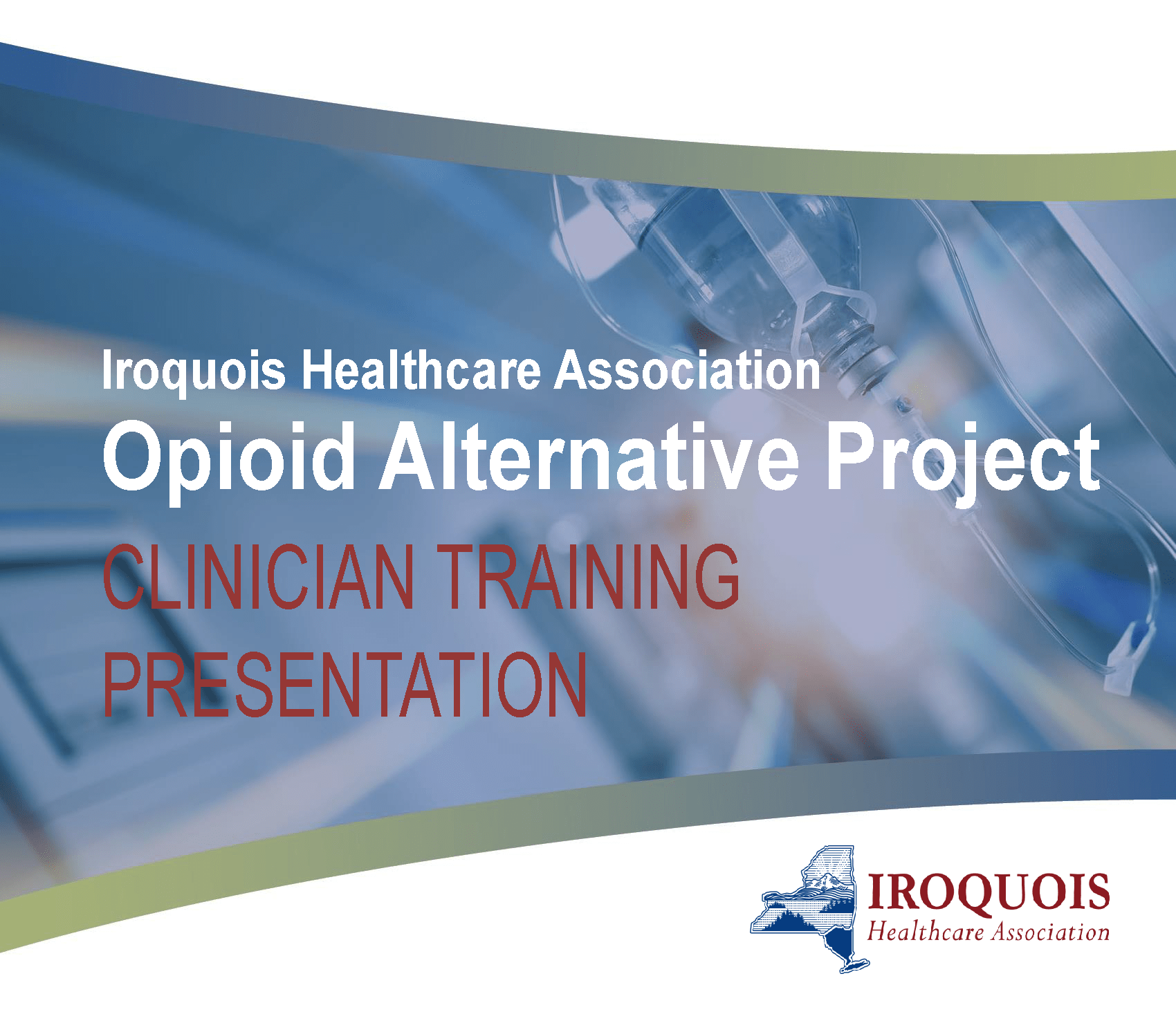 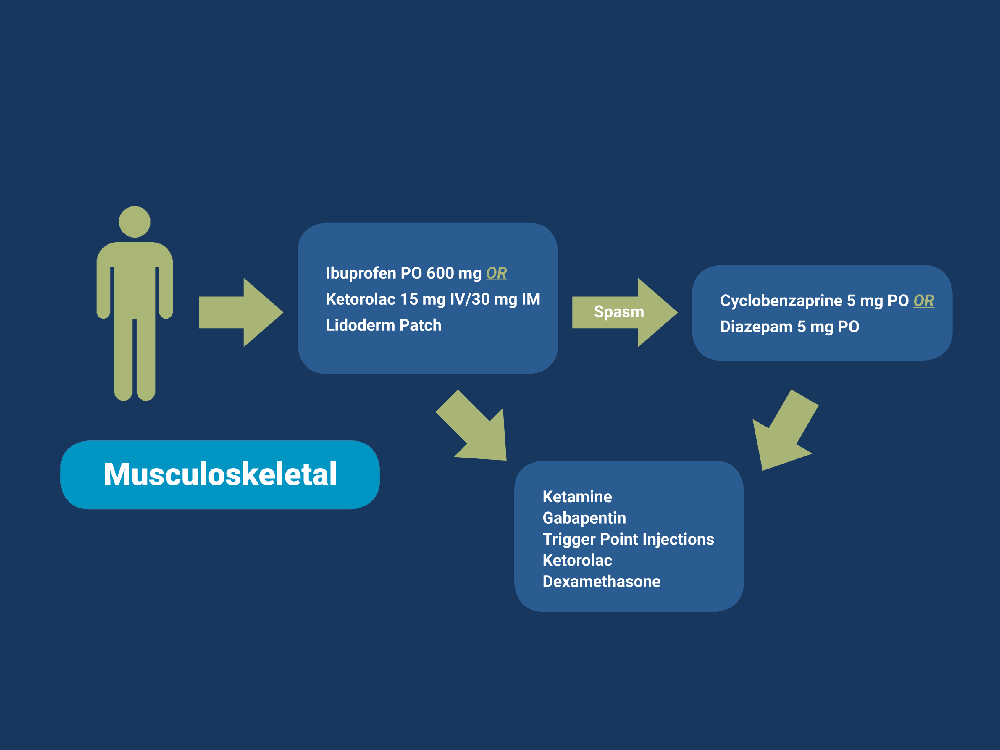 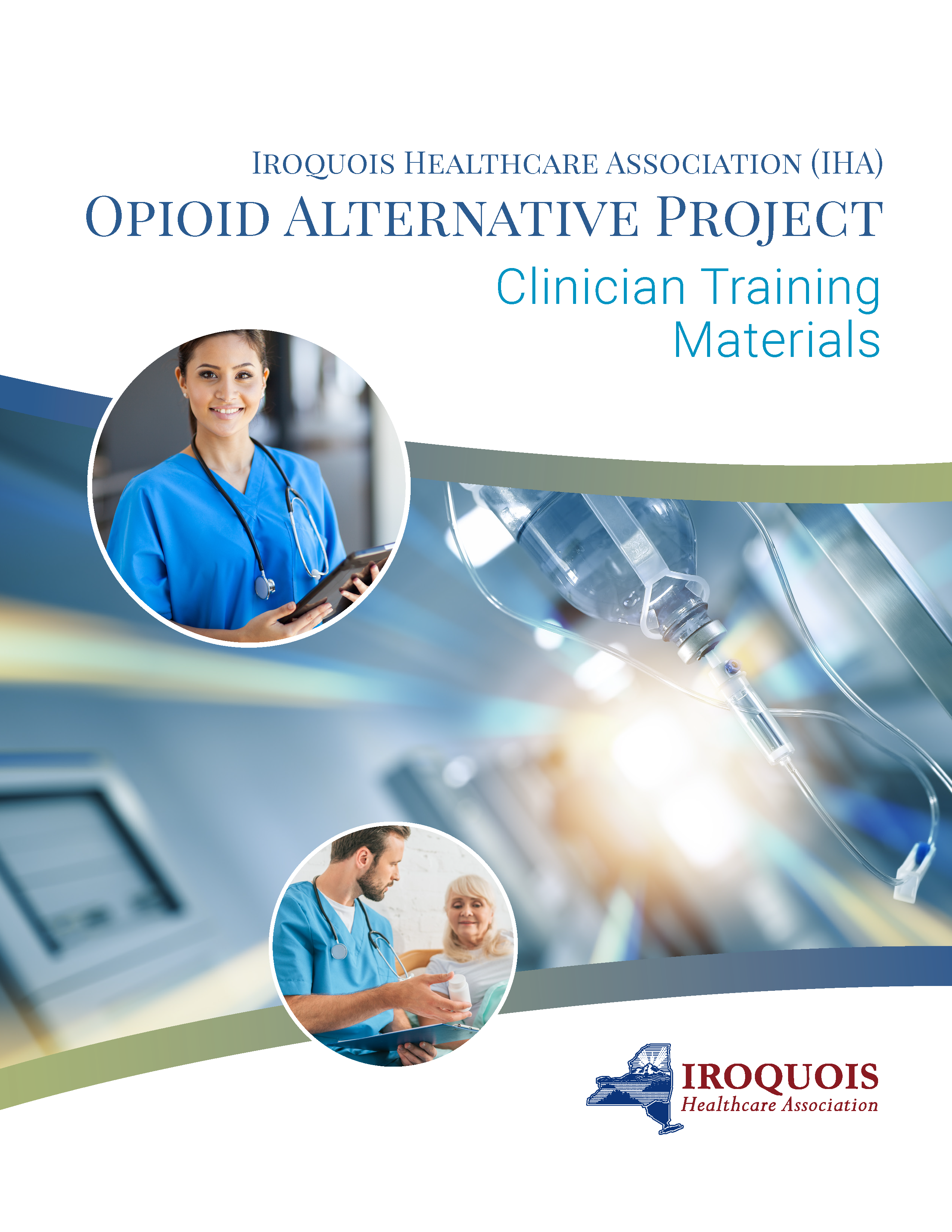 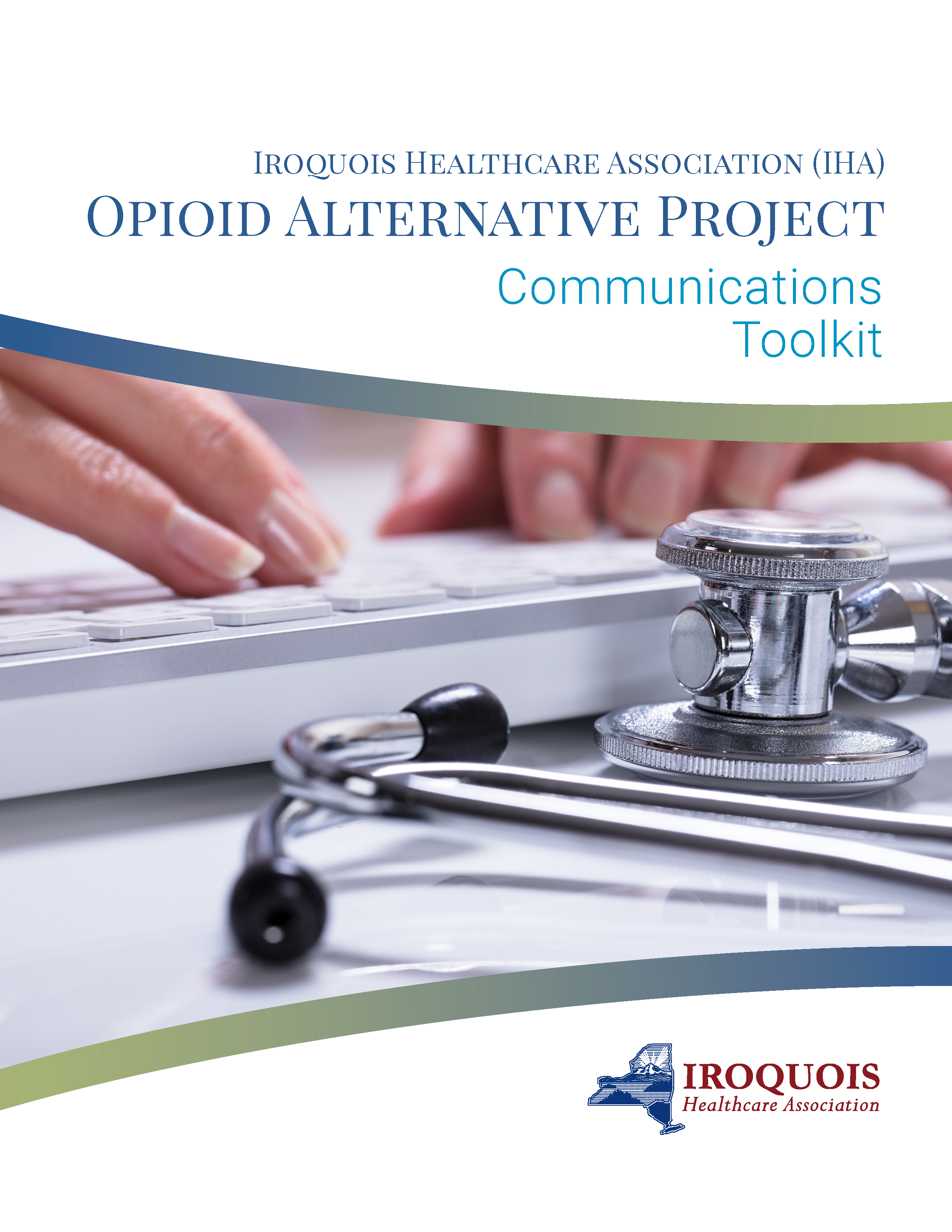